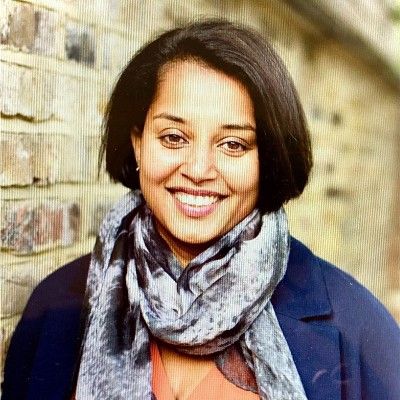 Shanika is the Chief Impact Officer at British Business Bank with responsibility for the Insight & Impact team which incorporates the ESG, Economics, Policy, Public Affairs and Strategy teams.

Shanika joined the Bank in June 2014 as General Counsel and Company Secretary.  Shanika has also recently led on the creation and launch of the Future Fund as part of the Chancellor’s response to the Covid crisis.

Prior to joining the Bank she worked as General Counsel at an institution established by a number of central banks to promote financial stability and economic development.  Shanika is also a Board member at London Legacy Development Corporation and E20 Stadium. Shanika previously worked at RBS as a Director and prior to that was a Senior Associate in the Capital Markets team at Allen & Overy.

Shanika was awarded an MBE in the Queen’s Birthday honours for services to business and the economy.