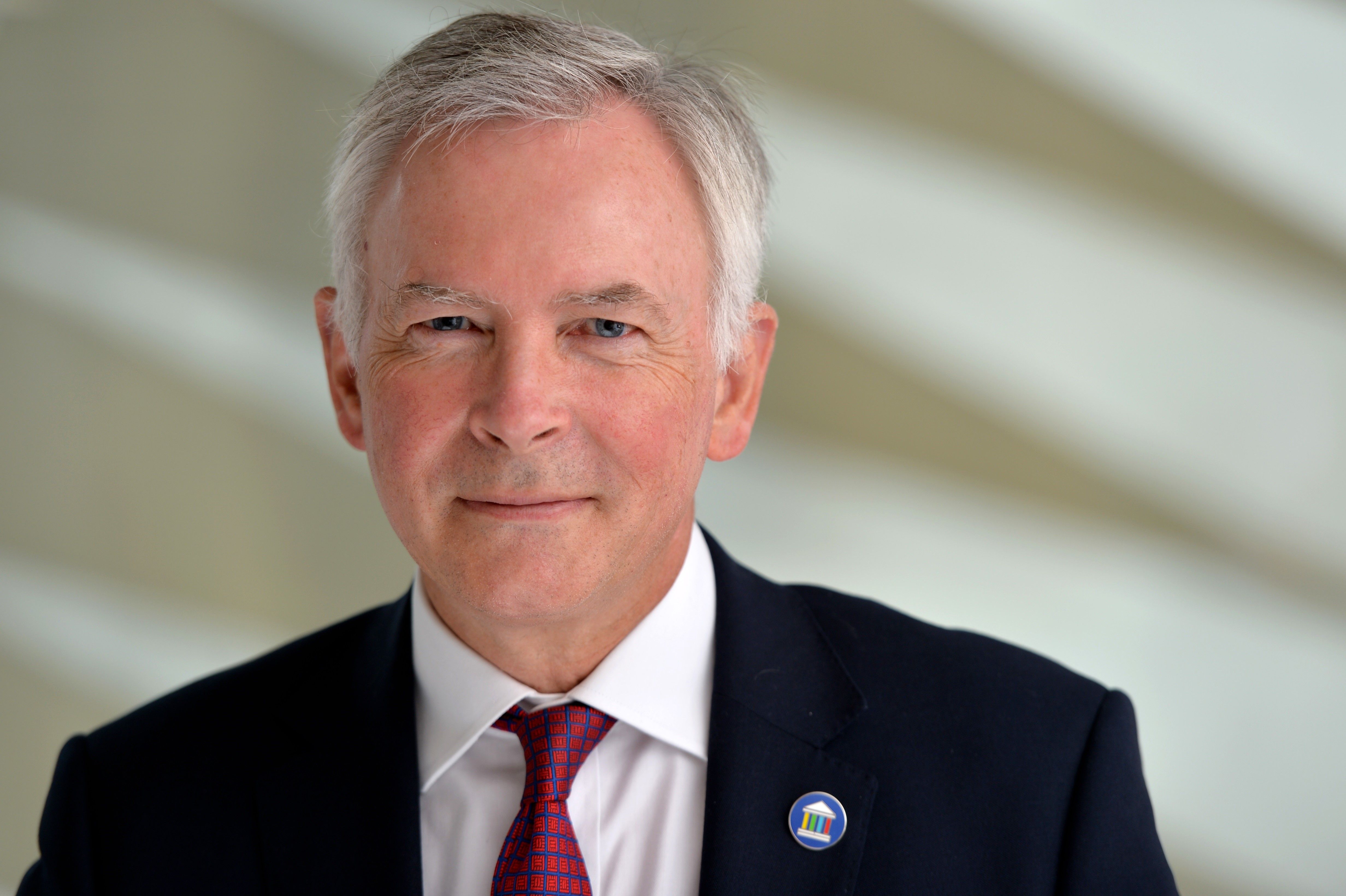 City of London
Alderman Nicholas Lyons took office as one of the Sheriffs of the City of London on 28 September 2021. Nicholas was born in Ireland, the son of Dr FSL Lyons, the Irish historian and Provost of Trinity College, Dublin. When his parents moved to Kent University in 1964, he went to school in Canterbury, attending the King’s School as a King’s Scholar before going to Gonville and Caius College, Cambridge, where he read history and won a Senior Exhibition. After time as a political research assistant in London and with the Directorate General for External Relations at the EEC Commission, Nicholas joined Morgan Guaranty Trust Company of New York in London. He worked in NYC and London for 12 years, then at Salomon Brothers from 1994 to 1995 and then moved with the whole Financial Institutions Group (FIG) to Lehman Brothers where he worked from 1995 until 2003. He specialised in advising banks and insurance companies on mergers and acquisitions and raising debt and equity capital, leading the European FIG team. He held a series of global leadership roles, sitting on the Executive Committee of the European Investment Bank and as a member of the EMEA Operating Company. He was also Co-Global Head of all recruitment and training at Lehman Brothers with an emphasis on diversity and inclusion. Having always promised his wife that he would stop investment banking by the age of 45, he retired from Lehman Brothers in 2003 and began a plural career, sitting on the boards of many financial institutions and numerous charities. He has done that for the last 18 years and is currently Chairman of Phoenix Group Holdings, the largest player in the UK retirement and long term savings industry and a FTSE 100 company administering over £300 billion of policyholder money for 14 million customers. Phoenix is the largest asset owner signatory to the UN Principles for Responsible Investment in the UK. He has just stepped down from the group board of BUPA, the health insurance and care provider where he chaired their new Sustainability Committee exploring the link between human health and bio-diversity, in order to make time for his role as Sheriff. He sits on the boards of Convex Group, a specialty insurance and reinsurance carrier and Miller Insurance Services, a London market insurance and reinsurance broker. He is a member of the Leadership Council of The CityUK, sits on the Advisory Board of the International Business & Diplomatic Exchange and is a member of the Association of British Insurers and the Chartered Insurance Institute. His philanthropic activities have revolved around education, children’s hospice care and the arts. This included being vice chair of Governors at the King’s School, Canterbury for 16 years from which he stepped down in July 2020. He currently sits on the governing bodies of Saint Columba’s College in Dublin, St Dunstan‘s College in Catford and King Edward’s, Witley in Surrey (for the City of London). He is also a Trustee of the St Paul’s Cathedral Choristers’ Trust, The Honourable the Irish Society, the East Anglia Art Fund where he set up the Board of Patrons, and is a patron of Temple Bar Trust. Nicholas is a Court Assistant both at the Merchant Taylors’ Company, where he sits on the Charities committee, and also at the Bakers’ Company. He is a Freeman of the Insurers’ and the Educators’ Companies. Nicholas was elected Alderman for Tower Ward in September 2017. He sits on the Education Board and the Epping Forest and Commons Committee at the City of London Corporation. He has also sat on Planning and Transportation and the Finance Committee. He is President of the Tower Ward Club, a member of the Guild of Freemen, the City Livery Club and the City of London Club. He is a director of the Lord Mayor‘s Show Ltd.
Sessions
Forgotten your password?